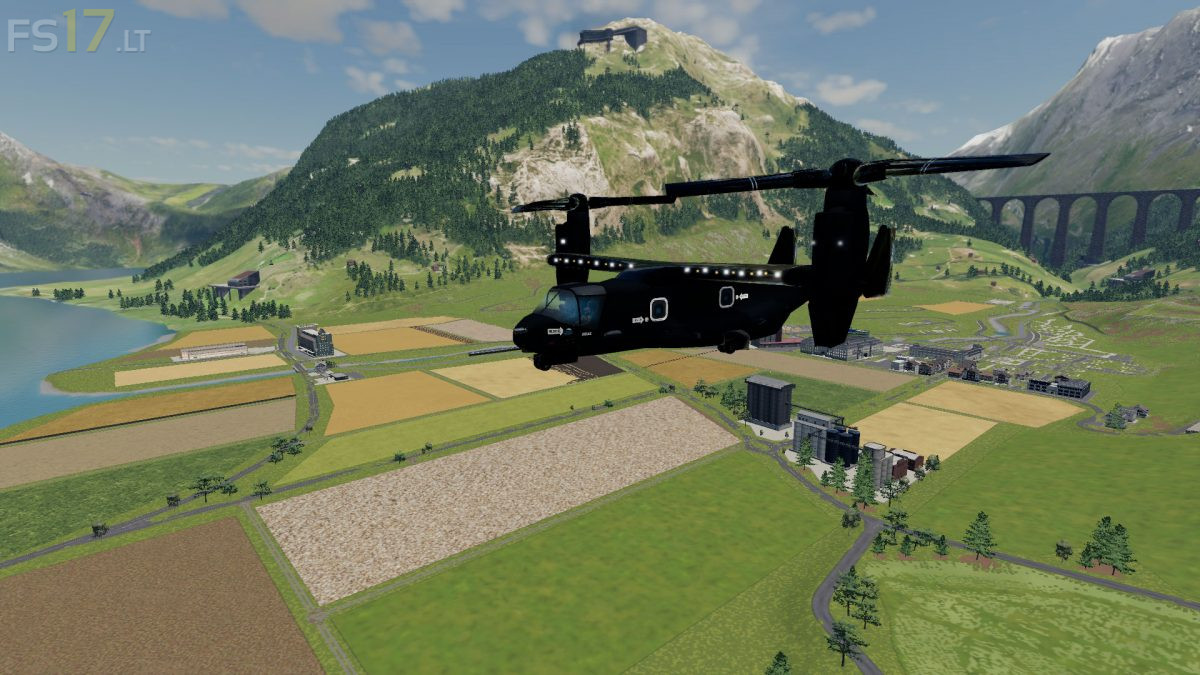 About mod:
The Boeing Bell V22 Osprey is an American Hybrid Transport Aircraft. Its tilt Rotor Formula allows it to take off and Land vertically, like a Helicopter and fly like an Airplane. It is the first Device of its Type and Size to be mass produced, despite the Security controversies raised during its development
Price 20000 €