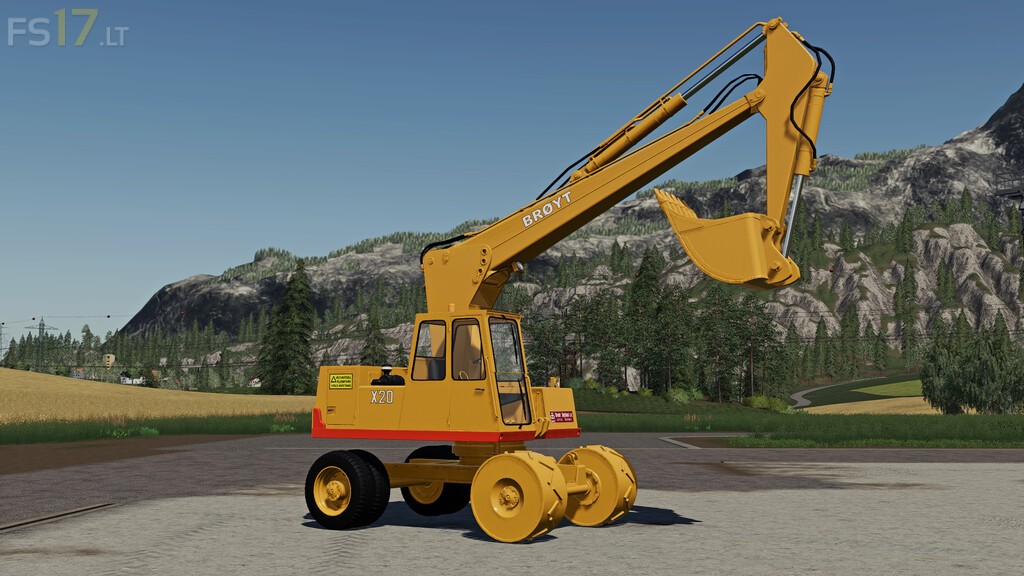 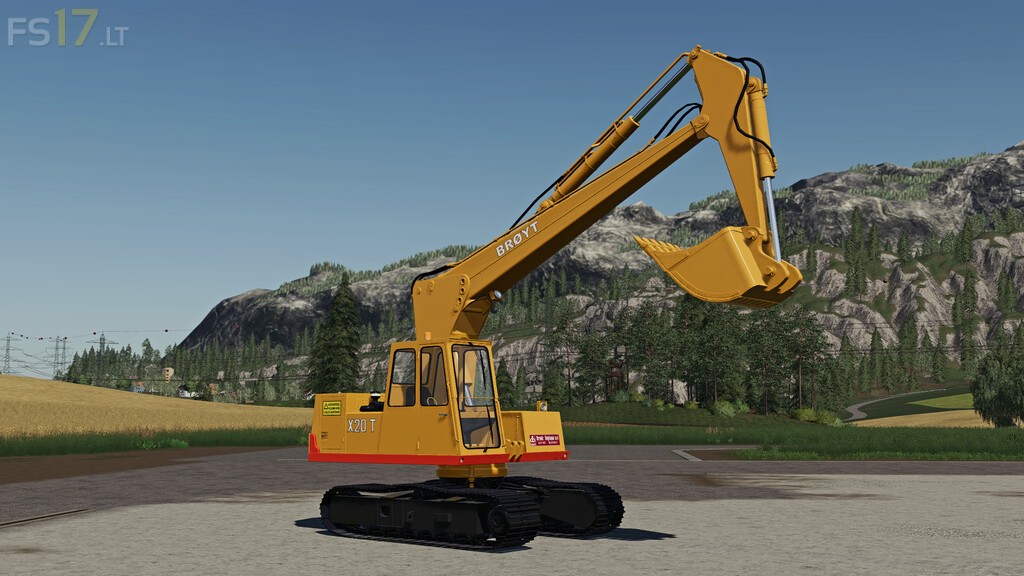 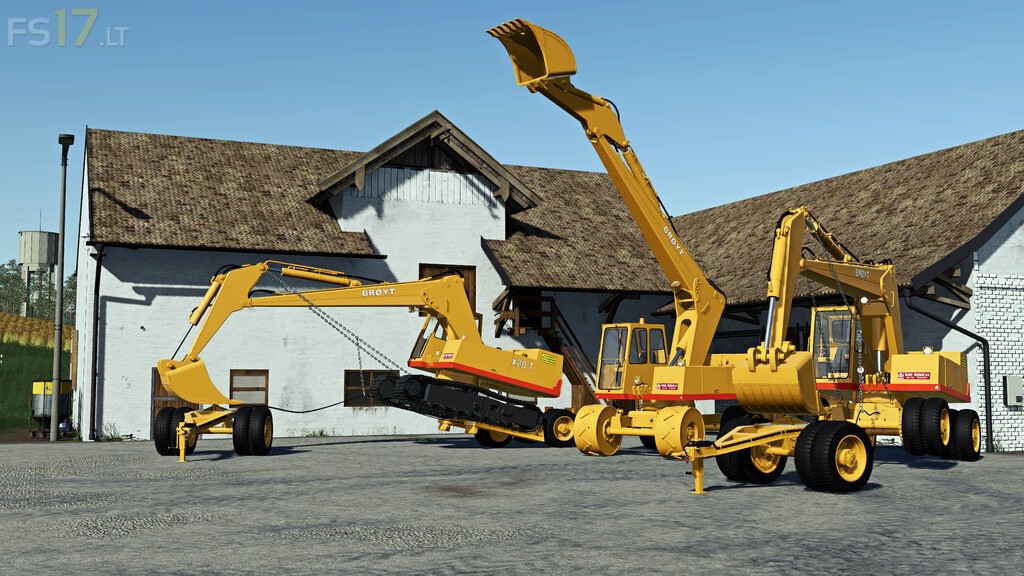 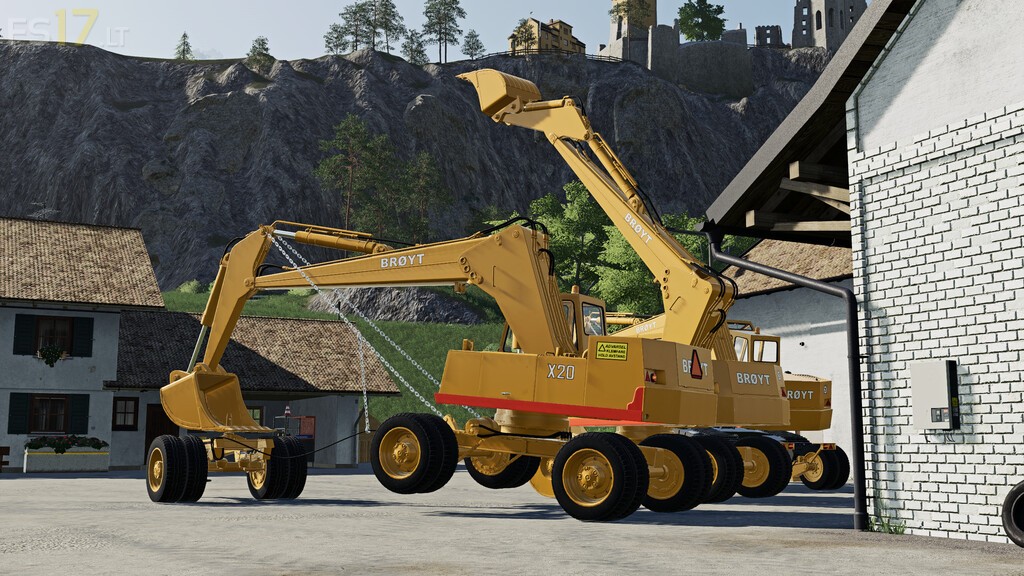 About mod:
Brøyt was part of the Norwegian industrial adventure after the war. The brothers Kristian and Ingebret Søyland get togheter and started a company in 1949 at a small place in Norway called Bryne. They made their first excavator called Brøyt 4K in beginning of 50s, the Brøyt 4K was a cable excavator was powered with the a tractor and attached like a trailer. The brothers wanted to make things better. At the end of 1956 they began to produce tractor trailer excavator machines with hydraulic power. The whole hydraulic stystem with pump and tank was mounted on the tractor, the hydraulic fluid was transferred to the excavator in pressure hoses. Spring 1957 a large cultivation project started on Frøyland in Time (Norway), 325 acres had to be drained and stones removed. The brothers new hydraulic machine was put to the test with a tractor in the front. Unfortunetly this was no big success, due to the deeep mud the tractor got stuck frequently. The tractor became a problem and the excavator trailer had to pull out the tractor from the mud. The brothers had to think about something new. They came up with the idea to expand the lower frame and put on another pair of wheels, engine and hydraulic system were placed on the upper frame. Then the machine could drag it self around with the help of the hydraulic excavator arm and bucket. In addition the excavator could travel longer distances with the help of a truck. This prototype was named "Brøyt X". People wasn't so sure about this new machine, it looked weird and could a machine produced in a small place in Norway be as good as something made abroad? People got interrested in the machine after they could see what it could do and the brothers began production of the next excavator model Brøyt X2 and the company kept making new and larger machines for decades.

In this Mod Pack You will find the Brøyt X20 + X20T and a Additional Dolly to transport the X20:

Dolly:
- Small Dolly to drag the Brøyt X20 behind. Attach the Excavator with the Bucket Configuration lift the Front Part of the Ground and drive away
- Price 900 €