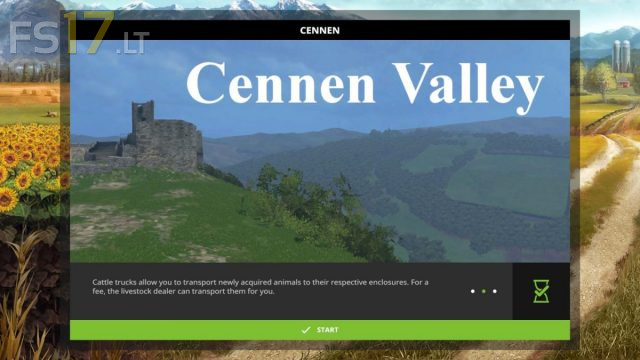 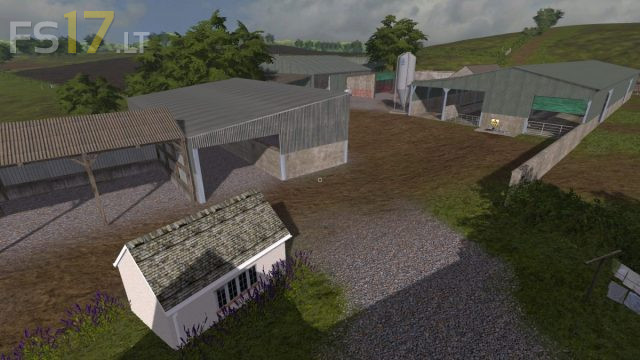 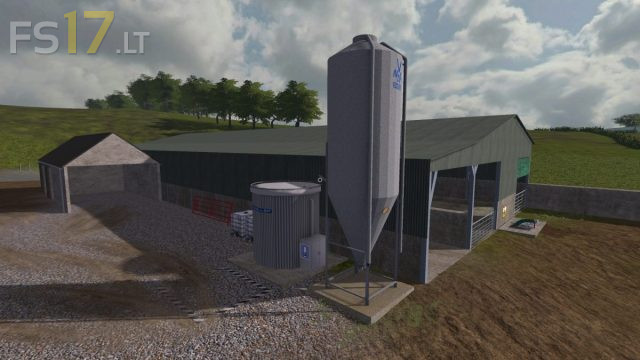 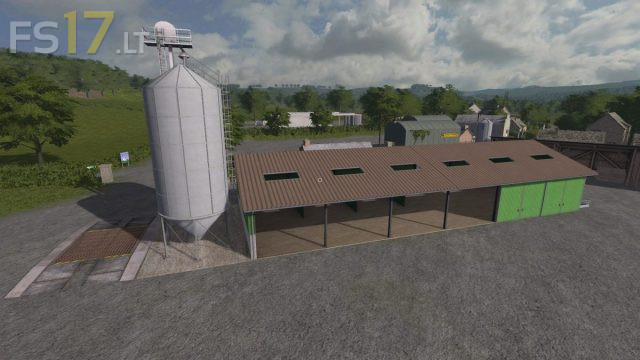 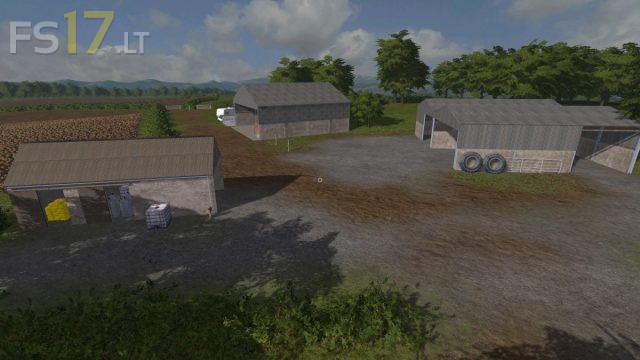 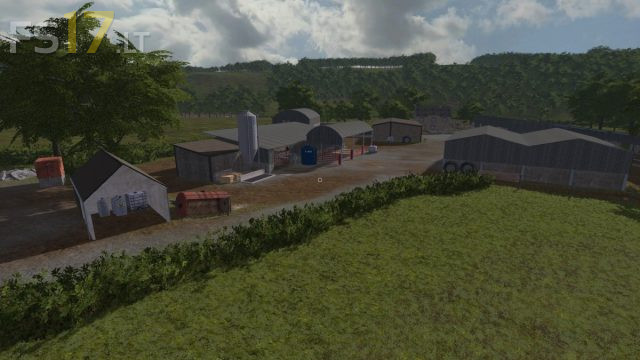 About mod:
The map represents the valley and surrounding countryside between Carreg Cennen Castle and the village of Trap, Carmarthenshire, Wales. Cym Cennen lies on the western end of the Brecon Beacons National Park.
This map has been in the works for over a year and started as an experiment with Digital Elevation Mapping (DEM). As mentioned above the map uses DEM so the terrain, castle, village, farms and fields come reasonably close to depicting the Cennen Valley. The farm layouts are close to reality. The map is centered on Afon Cennen (the River Cennen), with Carreg Cennen Castle in the East and the village of Trap in the West. This is a large map, covering 4 square kilometers of Welsh countryside. It has 143 mostly small fields with some medium and a few larger ones. The map focus is livestock farming with 2 beef farms, 2 sheep farms (one supplying lambs to put in the fattening sheds), a dairy and a cow/calf farm to supply calves for the finishing sheds on the beef farms. If you have visited or live in the area in real life you will know that the roads, lanes, and gates are narrow. So using large equipment will be a challenge. Farm which has a contractors yard each farm can be played by itself or in combination with one other farm. And in multiplayer, well lets just say there's a lot of work to do. Even Hill Farm has cattle to feed (a bale trigger). If you see animals standing around a feeder on any farm or pasture, its a bale trigger. The map uses Chopped Straw mod, Stop Milk Sale, Water Mod, Multiterrain and is Soilmod ready. It uses Marhu's SchweineMast version 4.1.0 so livestock trailers compatible with that version or newer and or take young animals (sheep and cattle) will work on the map. The map has been optimized to be played on older/less powerful computers at medium settings. For high settings you will need a more powerful computer. If you have played a map with Marhu's animal fattening scripts the beef and sheep sheds should make sense to you. However, because there are multiple beef and sheep sheds buying young animals is a little more complicated. If you buy animals from the buy screen they will be evenly spread between beef or sheep farms/sheds. So if you only want cattle or sheep on one farm you will need to take a livestock trailer to Cennen Farm or the lambing shed at Sheep farm and load them there to take them to the farm of your choice. You can find info on each fattening shed by pressing "I" and toggling to the appropriate information screen. Each location is shown and provides you with the information you need to keep track of your cattle and or sheep. Feeding your animals is pretty straight forward. To maximize productivity you need to feed your animals a variety of feeds plus straw and water. Inputs (feed, straw and water) are proportional to the number of animals you have in a shed. The more cattle or sheep, the more inputs required. So if you have a few animals your straw requirement (for example) is less and will show less straw in the shed. Your outputs in addition to animals for market are manure and slurry. Slurry is loaded at the pit. Muck must be shoveled out from inside the shed.