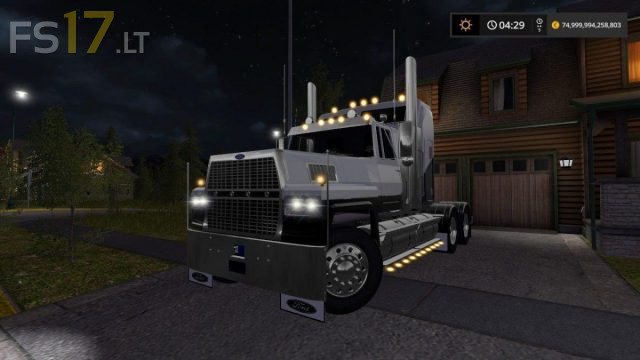 About mod:
The Ford L series (also known as Ford Louisville or Ford Aeromax) is a heavy-duty truck chassis that was assembled and sold by Ford in the 1970-98 period. The first class 8 truck produced by the company, the L series Replaced the short conventional series N (derived from the F series). Manufactured as both simple trucks and semi-alignment units, the Ford L series encompasses a range of 7-8 GVWR models in medium to heavy duty applications and professional applications. The line will become one of the most popular Ford truck series ever produced.