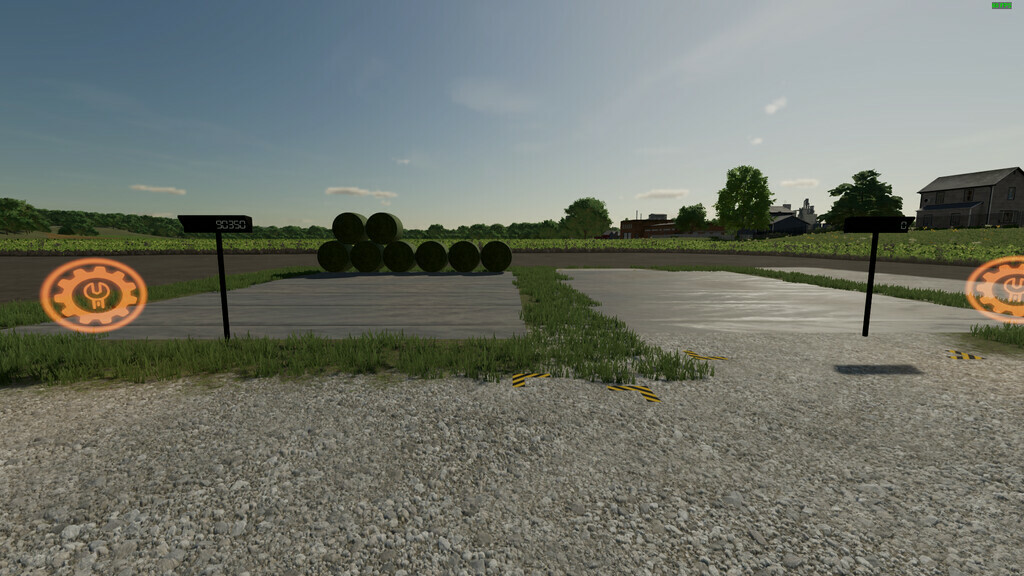 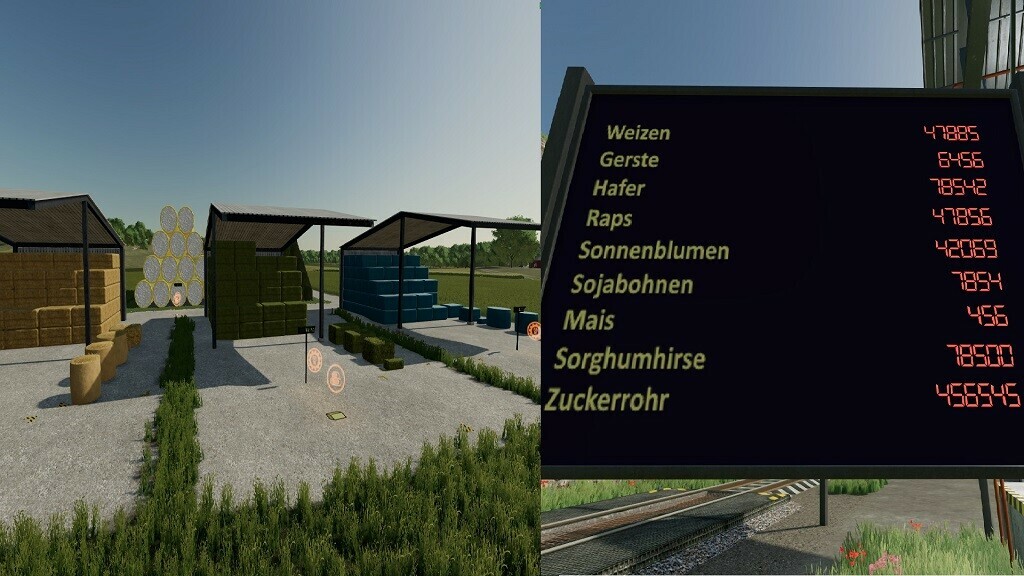 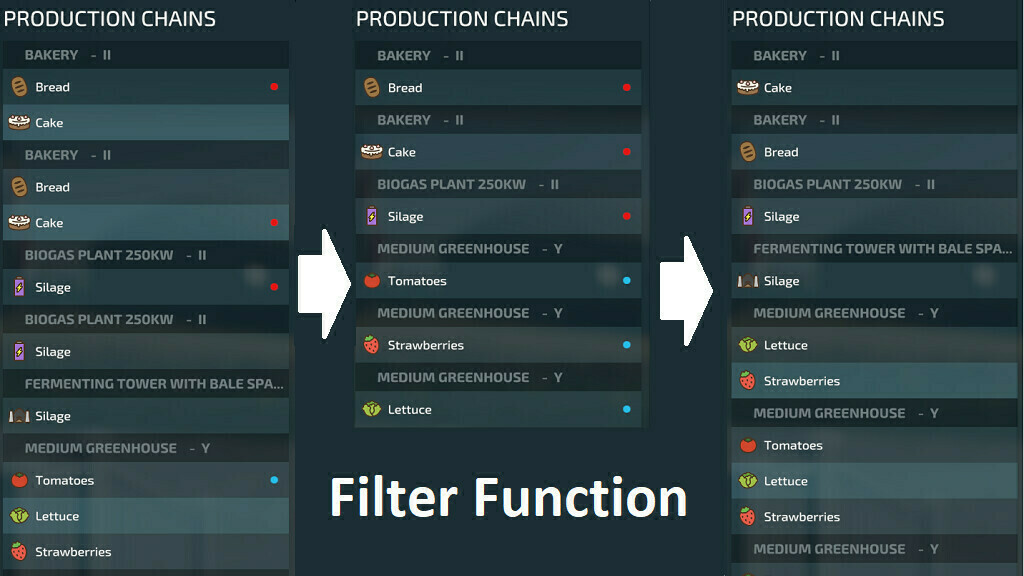 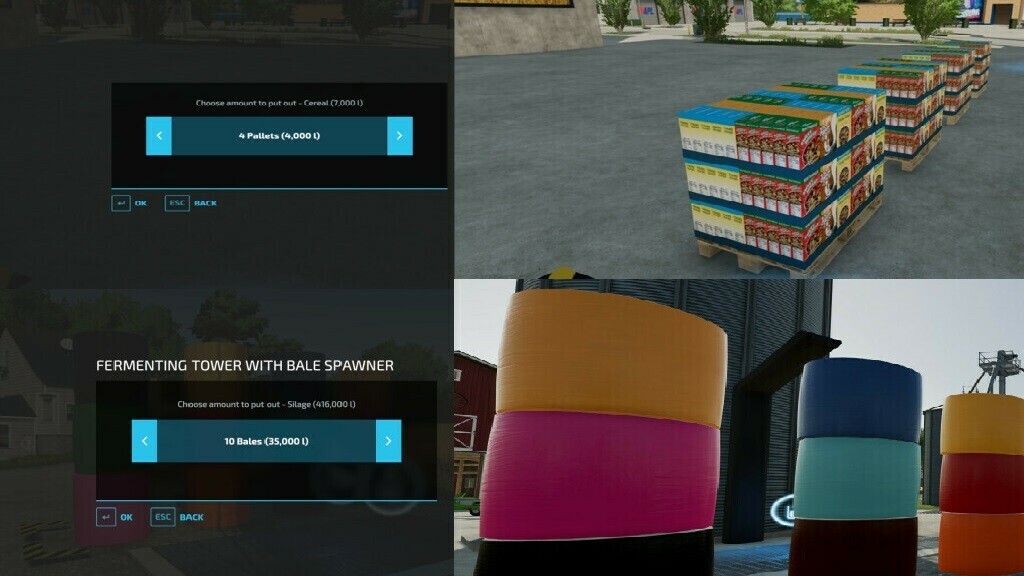 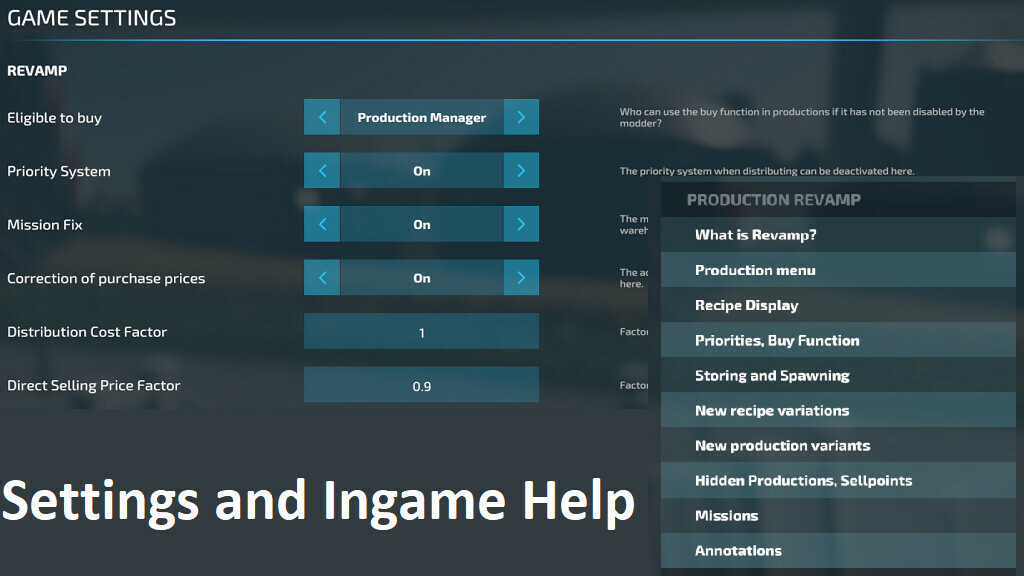 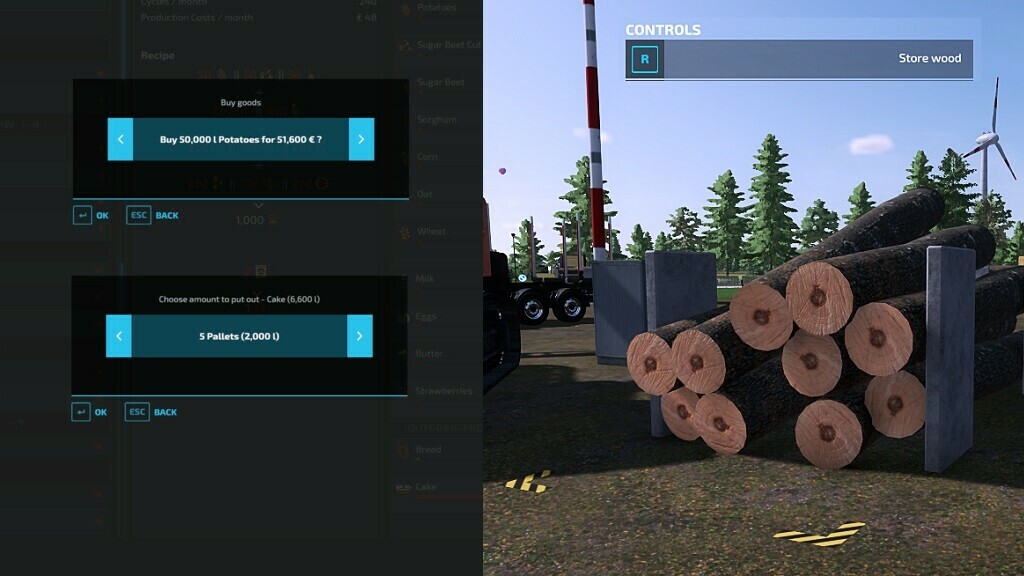 A selection of features:

Automatically available for all productions:
* Automatic line break in recipe display for input and output page (4 ingredients per line).
* A colored display of the recipes makes it easier to see why a production is not producing. Where: white – available, red – not available but required, orange – not available and not required.
* Possibility to buy goods in the production menu for a production for double the market price.
* Priority system: Incoming goods can now be set to different priorities via the production menu and will be distributed based on these priorities. The following applies: Priority 1 is most important and will get the goods first until the warehouse is full. Priority 2 only afterwards, etc. Inputs can also be deactivated, in which case they will not receive any deliveries.
* Only active production lines can be supplied via the distribute mode.
* New output mode available: Sell Directly, Distribute, Outsource (Previously Keep) and Swap In (New). If a production is set to storage, it does not automatically spawn pallets.
* Added manual pallet, bale and wood spawner – All productions with pallet spawner can also manually spawn pallets & bales – via the menu or a trigger.
* Production delivery costs are now reported separately (previously part of production costs).
* Productions that are mission objectives can accept unlimited goods from missions until the mission is completed. Mission goods no longer end up in the production itself during missions.
* Display of the maximum storage quantities and the corresponding units.
* Sort productions alphabetically and filter by active/inactive.
* In the case of productions, it is displayed whether they are running in parallel (II) or distributed (Y).
* Own settings menu.

Must be actively installed in productions:
Recipes:
* Recipes can be created with several equal ingredients in groups (maximum 5).
* Multiple production lines that previously had to be created separately can be combined into one production line.
* Ability to add one or more optional boosters that increase Outgoing Production.
* Boosters can be disabled or reversed for individual goods.
* Display of the real current production depending on the booster. The current booster value is shown in orange brackets after the amount.
* Ability to create recipes via FillTypeCategories.
* Possibility of weather dependent productions.
* Possibility of weather-dependent filling levels.

Depiction:
* Possibility to install displays on productions that can show the current level in the warehouse. Also possible with pure bearings.
* Possibility to display objects depending on the fill level, e.g. pallets in a production warehouse. Also possible with pure bearings.
* Warehouses can also be provided with a spawn script that can be used to spawn bales and pallets.

Other features:
* New FillTypes can be entered via Revamp at existing sales points without actively changing the existing sales points. A separate point of sale is no longer required.
* Hidden productions with autostart function.
* Various setting options for the above functions.
* All fully multiplayer capable.
* Own ingame help that explains the most important features of the mod.
* AND AND AND

A full list of options, installation help and support is available from the Documentation:

This is just the script, the script alone does not change any production recipes! These must be created separately.

Changelog:
(Full changelog can be found in the documentation)

Version 1.3
* Translations outsourced to separate files and new translations: Swedish and Russian.
* Silo/Production spawn can now choose to spawn as bales, pallets or logs depending on what is available on the map. The selection is only displayed if there are several options.
* “Store wood” is now displayed for a silo/production instead of “Sell wood”.
* Added game settings
* Correction of the purchase prices based on the economy settings (can be deactivated in the settings)
* The selling price factor for direct sales from productions can be set
* Changed bales from mods can now also be spawned
* Bales are now displayed sorted by size when swapping out
* Added conditional outputs
* Production dependent on temperature, wind, sun, rain, season and opening hours
* Enables fill levels depending on temperature, sun, rain and wind
* Made color of silage bales selectable
* Made production lines that are inactive/active hideable
* Added ingame help

Version 1.3.1.0
* Swap dialogues now with 1/10 steps
* When swapping out seedlings, all tree species available in the standard seedling palette can be selected.
* Fix for interaction with Pumps N’ Hoses DLC

Version 1.3.5.0
* Bugfix autostart and weather dependent productions/filltypes
* preselected priorities
* buyfactor can be changed
* production mode monthly
* modes for mix-groups
* displays can change color depending from filllevel
* production modes can be used together
* silage bales from m+ are now spawned with foil