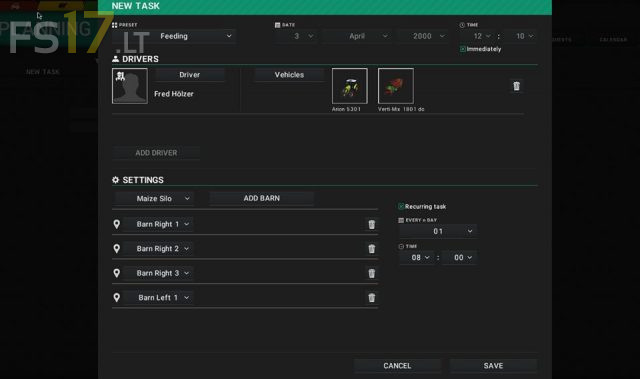 We hope all of you had a good start into the new year!

With today’s update v0.1.0.2 we have fixed more bugs. As always, check the changelog for improvements, changes and fixes for bugs you have reported.

At the moment we’re processing more bugs you have reported and prepare the next bugfix update. If there aren’t any bigger problems thereafter, the next step is the release on Steam.

We have improved the bugtracker, it can now import threads from the forum and convert them directly into tickets. For the future it is important that every bug gets its own thread in the forum. At the moment we can’t process collected issues that are in the same topic. At this point we would like to thank you very much for the bug lists from the forum, they have been a very good overview so far. We are still working on a public list and hope to have it online for the Steam release.

Due to the massive changes we had to perform on the vehicles and machines, we had to remove the sample mods for the time being. The work is almost done and we can provide you with the already released machines as ZIP files presumably next week.