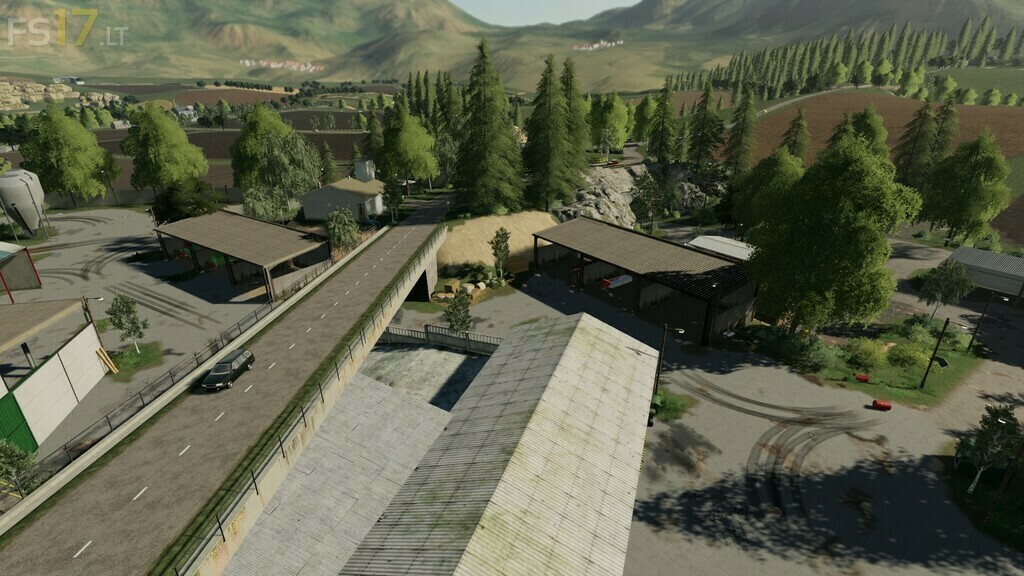 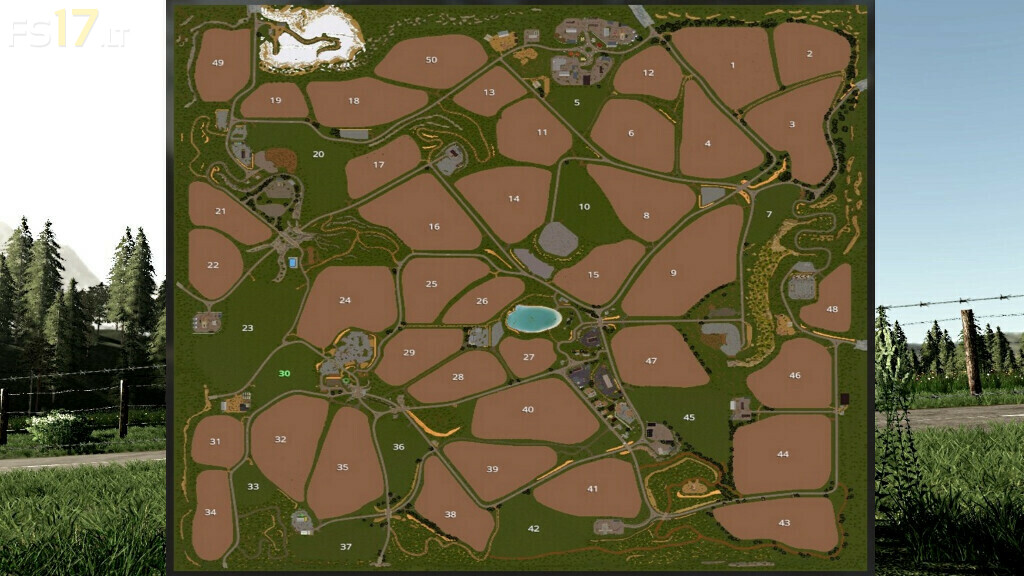 About mod:
Version 1.0.0.3:
- The capacity of the Ropa combine was adjusted, adapted for the new products, now it will have 2 configurations, 45,000 and 60,000 liters of capacity.
- Field fertilization bug was fixed.
- Some floating objects were relocated.
- Tomato growth and harvest has been added. (Seasons)
-The organic compost is only "effective" if you play without the Precision Farming DLC ​​activated.
- Modified the preview images of the map in both game modes.
- The trigger of the Fertiberg point of sale has been adjusted.
- Now you can sell Fertilizer, Seeds and Organic Fertilizer in Fertiberg.
- Adjusted and modified all properties and starting vehicles in all game modes.
- The entire lighting system of the Main Farm and Pre-Installed Animal Corrals was improved. Before the streetlights seemed to be on throughout the day.
- Now you can see the SeedMaster and FertiMaster that are installed on the farm.
- Adjusted the sounds of the entire map.
- More trees were added in different areas of the map.
- Added more greenery.
- Added new animation to the map.
- Fixed teleportation to Biogas. Now you will not be trapped.
- The sale price of Purín in the Biogas returned to normal.
- Improved textures of the store icons on various objects and placeables.
- Improved animal feeding.
- Chickpea and Lentil crops will act like Soy Beans. (Precision Farming)
- The possibility of all the silos of the Default Farm has been added.
- Placeable Sheds have been added.
- Silos and placeable tanks have been added for the vast majority of products.
- Now in Multiplayer mode, only the owner of the land where they are located can use the factories and their respective shelves for products.
- In Multiplayer mode, Organic and Mixed Trash bags are owned by Farm 1.
- Fixed the FertiMaster production error.
- Fixed the production error of the BiogasMaster.
- Adjusted the Ketchup can shelf output trigger.
- Added a new Traffic Spline.
- Added Pedestrian Spline in the North Zone of the map.
- The prices of most of the products that can be sold have been adjusted.
- New point of sale of products in the Garden Center.
- From now on, animal pens already placed on the map cannot be removed. You can sell the land where they are located, but not the corral.
- Now you can sell the land of the Main Farm, without having to sell everything that is stored in it.
- The TMR and PigFood Mixers were removed from the map
- The Hay and Straw Blowers have been removed from the map. They were replaced by warehouses without animation.
- New Silos were added to store products in the main farm.
- Streetlights have been added to all factories and important places on the map.
- 2 new factories have been added to the map, you will find them already placed. Rapeseed Oil Production and Cucumber Garden !!.
- Now you can produce your own Mixed Ration and Pig Food using the TMR Master and PigFood Master, which you can place wherever you want.
- The corn will have 3 states of Dark Green to be chopped and in turn, only 1 state of grain harvest.
- The tomato will no longer appear in the contracts, to avoid that they provide us with the wrong machinery.
- The plastic boxes used to transport Methanol (Red) and Sweetener (Blue), will be used only for Rapeseed Oil and Cucumber.
- The amount of cost of Compost per hectare has been lowered when spreading it in your fields.
- New vehicles and starter tools.(New Farmer)
- A new product was added: Additive, which will be used for the production of Mixed Ration and Pig Food.
- The price of the land where the stables of cows, pigs and sheep are placed was reduced.
- New categories have been added in the store to make it easier to locate the vehicles, tools and objects included in the map.
- Sheds were added to store all kinds of square bales.
- Biomass bunkers will become Silage.
- A new machine was added to make biomass.
- New tanks were added to transport all kinds of liquids.