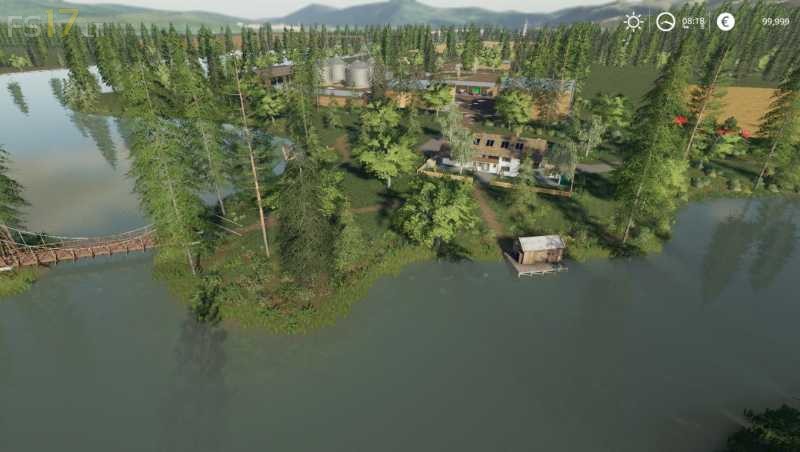 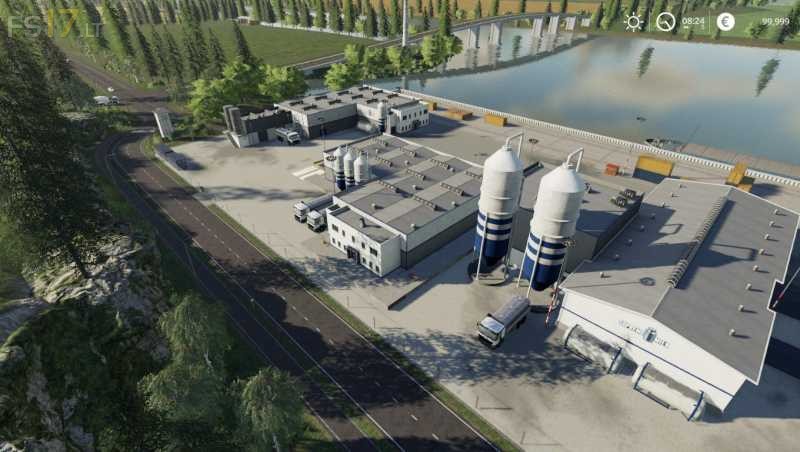 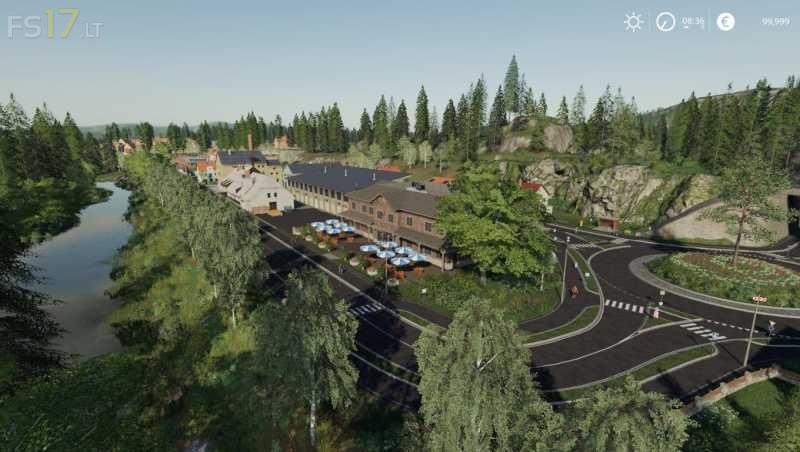 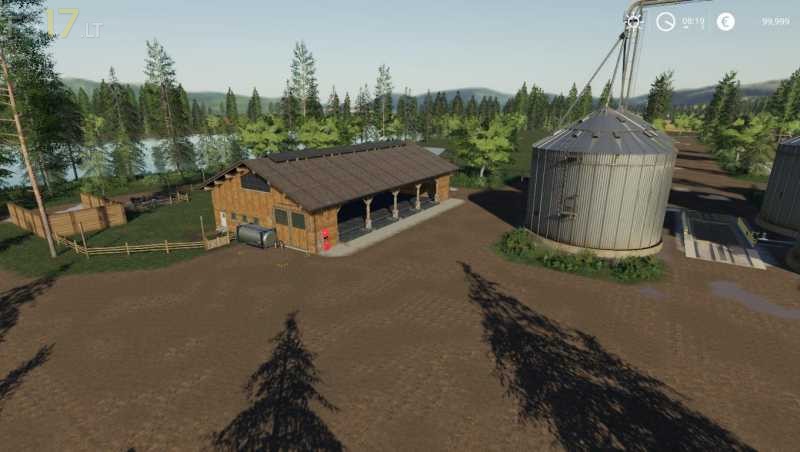 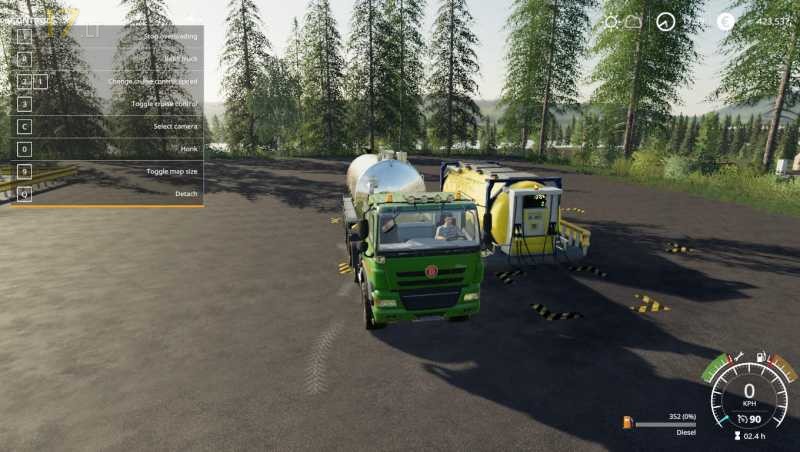 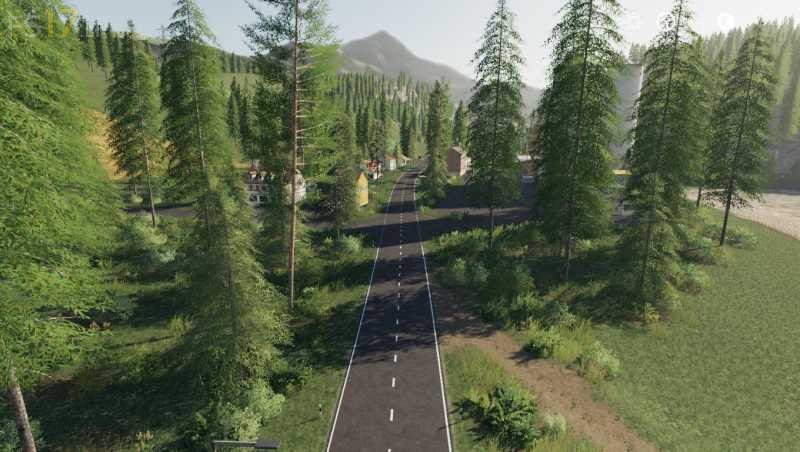 Update 8. Small fix.
Fixes compost to ground. Does not require a new game save from update 7 but you must load the map, make a save and exit it and the game. Load up again and compost will be updated and working.

Update 7.
This adds in several changes to the map which include prices, sales point adjustments, small area changes, adds compost into the map for use with the compost plant included in the Global Company mod pack I have just released and linked below. The Digester at the farm is no longer included with the map as a new Digesting Silo along with a Fermenting Silo, Diesel Production, Updated Jenz Wood Chipper and Compost plant are in the Global Company pack by Stevie.
Note the Global company icon mod zip included in the pack should also be used with Fenton Forest 4x as it includes compost icons.
A new game save may be required due to changes at the very least remove any BGAProto Digester Silos by selling them in your current game and then make a save. Then delete the old map file from your mods folder, place in the new one from update 7, load the game and try it to see if your old save works.
Note When using the Compost Plant if you use this on any another map other than Fenton Forest 4x the map must be prepared for compost or it will error.

Also sell off the old GC Placeable Jenz Woodchipper in your old game. This new update replaces it.

Update 6. This is a large update and requires a new game starting.
Adds in the animal Pen extension, new seasons winter texture set, fixes store prices, Fixes the collision on the BGA 2 office, removes poplar trees from the map. Changes and fixes made to placeables, xml and more.

Update 4. Small no new save required.
The below download link was updated at 10.57 am UK time 14/08/2019.
Added PDA information to sell points for hidden items and sales for some of the global script products..

Update 3.
Requires a new game.
Field definitions have been reworked so all have missions now and it fixes some contract missions paying 0. The woodchips sales have been updated on the pda map and info. This is hopefully the last update now as all reported small launch issues have been fixed.

Small update 2.
Ok more minor fixes but the change to placables and farmland may require a new game starting.

Fixed the logging crane ghost’s, fixed the northeast sawmill workshop trigger, fixed the floating sheep pen markers, fixed the last 3 unsellable farm objects(workshop, manure and herbicide supplies), adjusted the starting farms land to include the houses new location, cleaned up the PDA maps image in photo shop, tested the map boundary collision it is working fine and blocking me in vehicles and on foot so if you fall through a mod is the cause. None of my contract missions are showing £0 for anything left it over a weeks game time so I have no idea what is causing that right now for some users.

Small update 1.
This may require a new game starting as ground deco has been removed, sale of the farms greenhouse now removes all objects, the digester sale and purchase fixed and fixes to several floating objects.

Here’s the new expanded 4x Fenton Forest. The map has a seasons snow mask, the main farm can be customized or even sold off. There’s 3 additional flat empty farm lots for the user to choose if they wish. A huge natural forestry area complete with trails and plenty of fields some square some natural and most field areas can be customized further. There’s plenty of sell points and also 2 remote supply points one at Fenton Mill and the other at Riverside Mill. The map comes with all of its own placeables which can be found in the store. No productions are installed and I have stuck with the fruits Giants chose so no multifruit either. The map was designed to run on high end PC’s and so for it to look and play as it was intended you will need a minimum of a Nvidia 980ti graphics card with LOD set to 200% in the advanced game graphics settings.. The map will play on lower spec systems but may not look or play the same. Use the place anywhere mod or Global scripts extended placeable when using the maps or any placeable. The maps own placeables are designed for flat land only and will not deform the land or alter the foliage. The farm silo has a huge capacity and can hold many things and on the cow pen side you can purchase supplies as well.
Have fun with it.

Download link to my Google Drive. Click the white down arrow icon in the top right of the drives screen to start the download:
Once the file has downloaded unzip it to get the maps zip and a small information text file.

Here’s a massive thank you to Larry, Frank and Duckzorly for helping test the map. They are also mentioned in the text file.