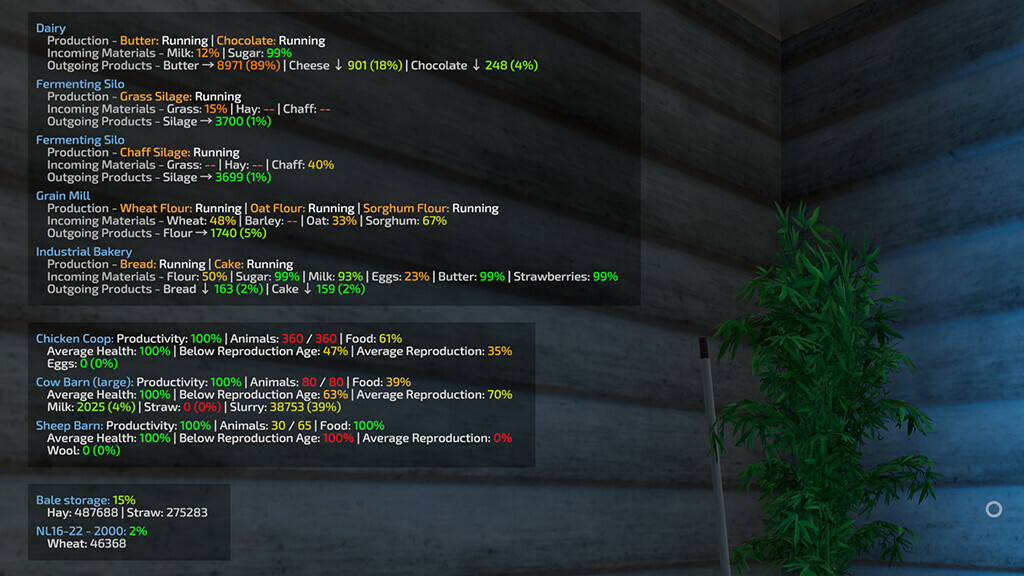 Production Inspector shows your productions, animals, and/or storage silos at a glance.