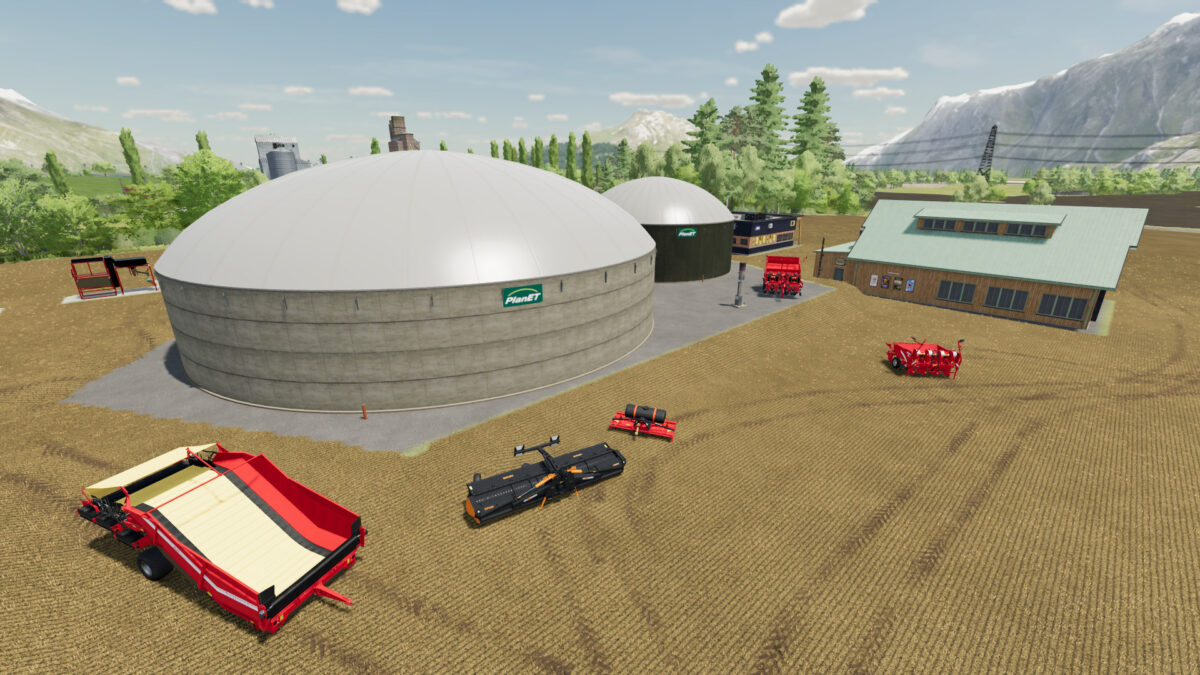 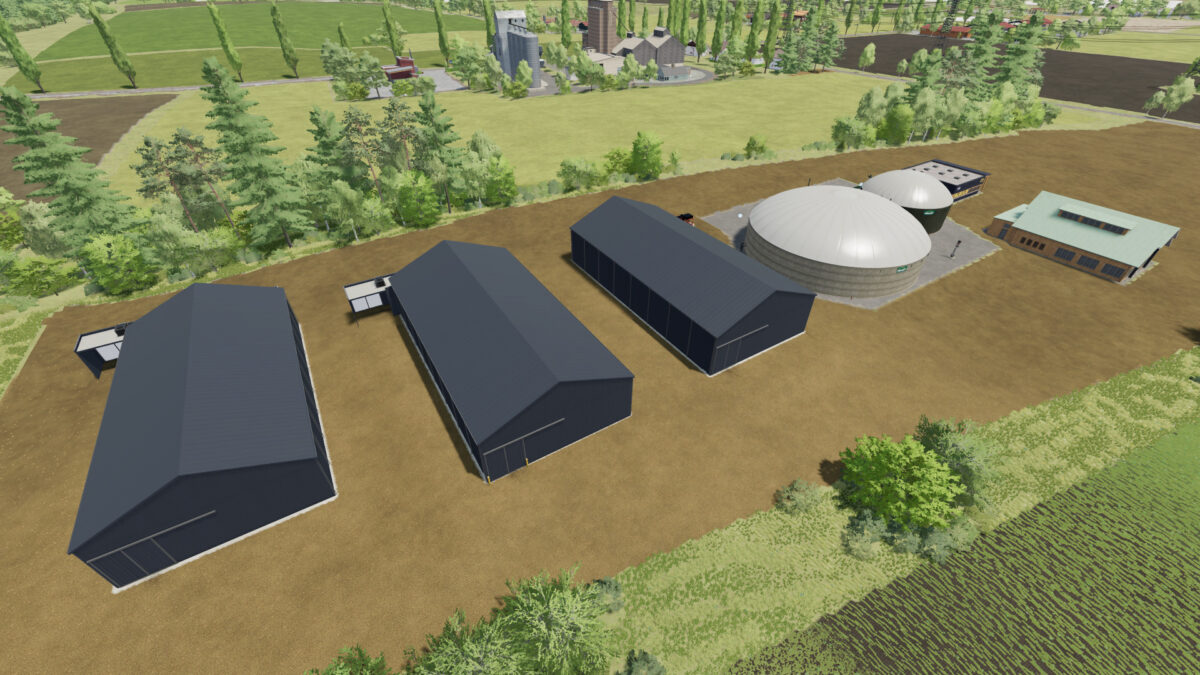 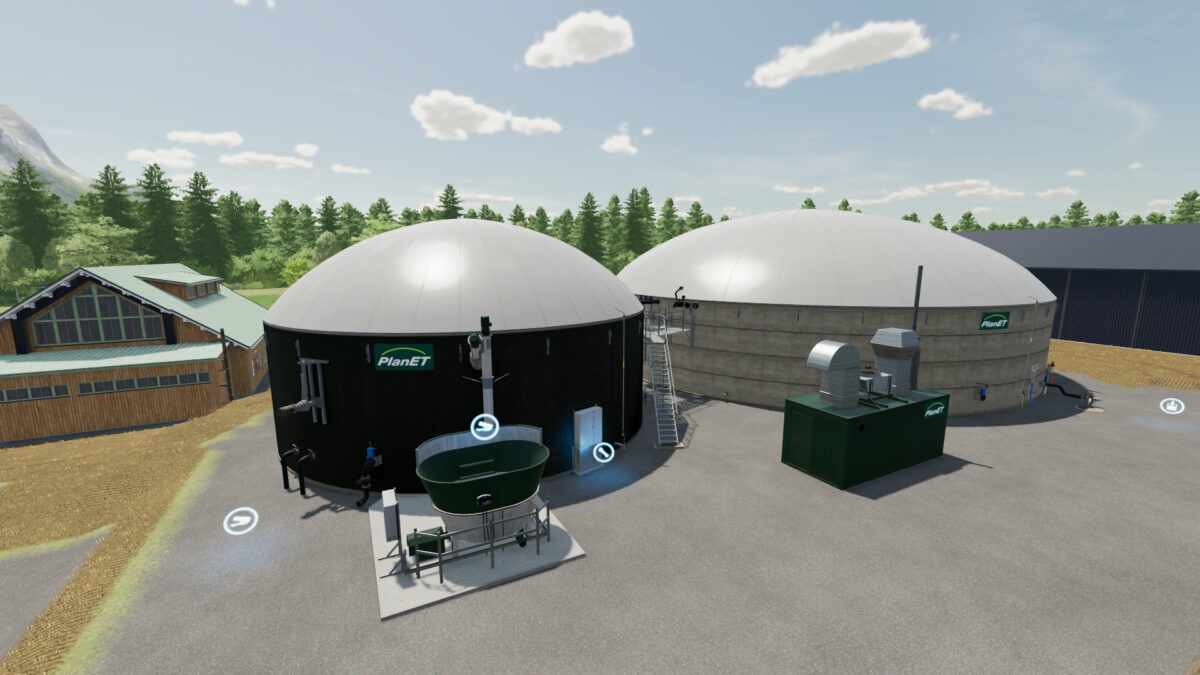 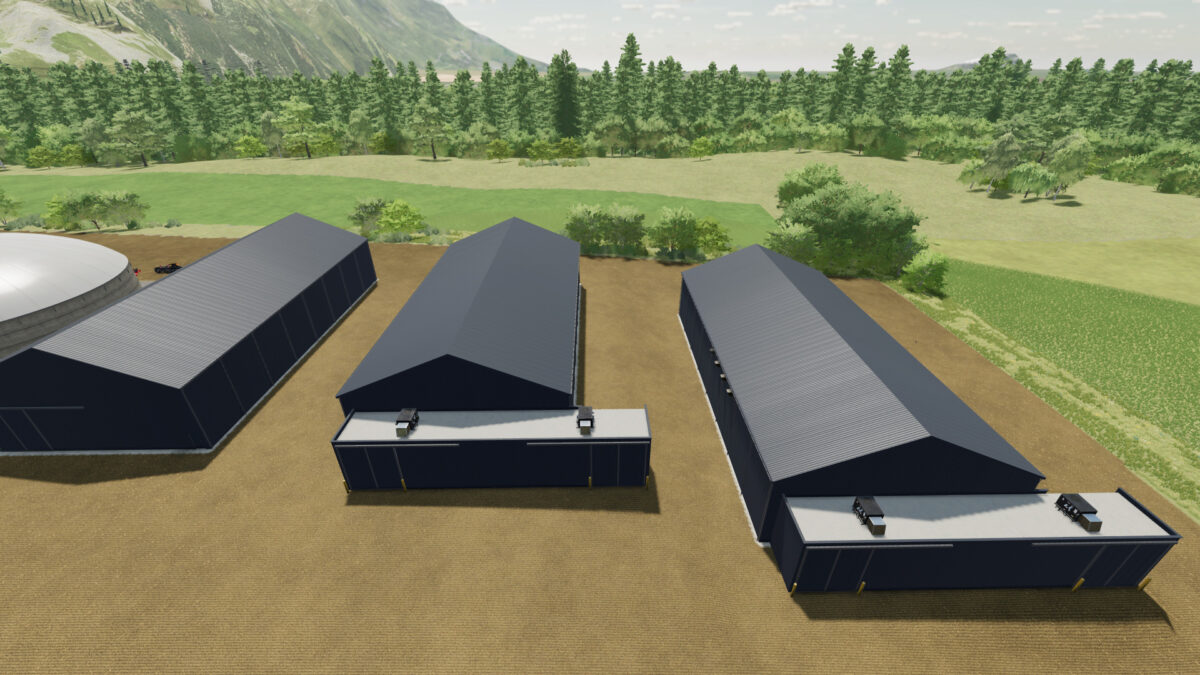 A large Arable farm which specialises in the cultivation and distribution of seed potatoes to be used by other farmers.

Potato Shed with Sorter:
– Equiped with 3 ULO fridges they will keep the potatoes from chitting until processing begings in early winter. The sorter organises the potatoes in 3 different sizes, waste size, Seed size which gets used as next years seeding material, and Premium size, which gets sold off for human consumption

Potato Bagging Production:
– This all in one production allows the emptying of potato boxes and the repackiging to either bigbags (for seed potatoes) or 25 kg bags (for premium potatoes)

Potato Shed Expansion with workshop:
– Offers an additional 3 ULO fridges and a open workspace for additional productions or machinery storage together with a workshop

Farmers Market Extended:
– Allows you to sell Waste potatoes, Seed potatoes, and Premium potatoes together with all the other base crops that the Farmer’s market accepts

Supermarket Extended:
– Allows you to sell Premium potatoes together with all the other base crops that the supermarket accepts

HK 25 Front Harrow with Liquid Fertilizer tank:
– This Power harrow was modified by the farm to allow for an application of fertilizer together with the newly planted potatoes to give them a better start (needs to be fillled to be able to be turned on)
– Capacity 1500 liters

Grimme RH 2460:
– This in take bunker was modified by the farm to allow for larger potato boxes to be filled. It also gets used as a buffer when sorting the potatoes. It’s particularly handy to box potatoes during harvest for later processing during winter.
– Capacity 20000 liters

TMC Cancela TJP 610 Topper:
– The TMC Cancela flail which the farm converted to be a haulm topper

Potato Box:
– An empty potato box which accepts all bulk fill types, handy for around the farm.
– Capacity 2000 liters

Price changes are compared to normal potatoes, please note that these prices might fluctuate relatively to each other.

Version 1.0.1.0
* Fixed the Bagged seed potatoes and Premium potatoes dynamic mount collision, should now be able to pick them up using a forklift
* Please be aware that there is a problem with the Grimme RH, it no longer works inside the building since patch 1.3, you’re still able to use it to make boxed potatoes which you can then hover over the sorter intake.